The Madlener house was designed by Robert E. Schmidt in 1902.  From a distance it is severely proportioned, yet intricately ornamented up close.  It was once a home to a family and now its 9,000 square feet are devoted to office and exhibition space.  Some look at the house and see cues from Louis Sullivan, maybe Frank Lloyd Wright.  When we look at the Madlener house two periods come to mind: Italian Renaissance and German Neoclassicism. Borrowing from Karl Friedrich Schinkel’s vertically striped wallpaper in the Tent Room of the Charlottenhof Palace and Andrea Mantegna’s painted curtains from the Ducal Palace’s Bridal Chamber, we draw a two-dimensional illusion that is at once surface and not.  Looking from left to right across the wall’s two halves, a repetitive wallpaper made up of vertical and 45-degree lines is freed from its static picture plane to reveal a small door. The wallpaper, now a curtain, is drawn back and upon this discovery, the drawing’s limits are exposed. At first glance, part of the drawing remains foregrounded; it could still be mistaken for wallpaper. These assumptions remind us that, as grown-ups, not only is our sight diminishing, but our height might not take in the full picture—like film before Yasujirō Ozu. Now, the observer is invited to kneel to the height of a child, and look again where one might see more than just gum stuck to the bottom of tables. 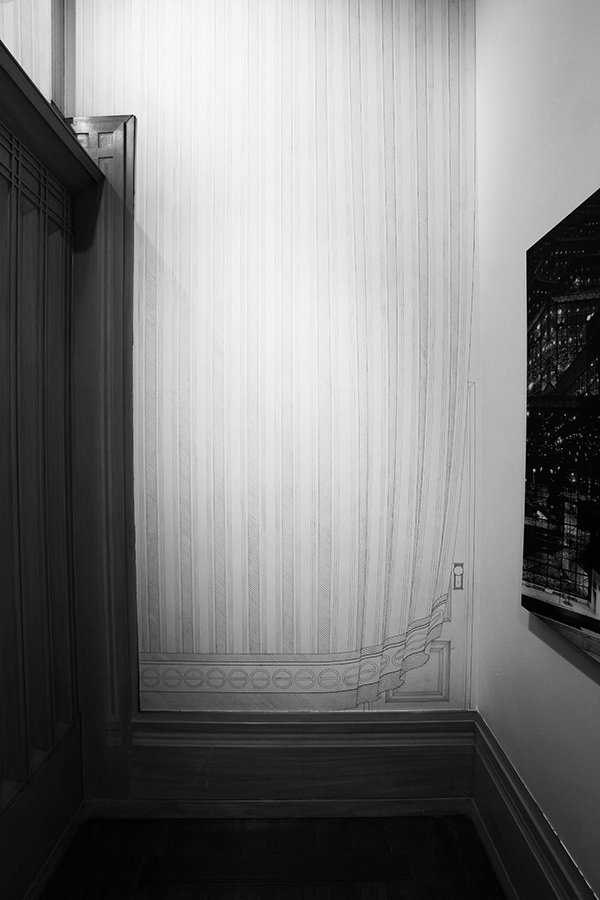 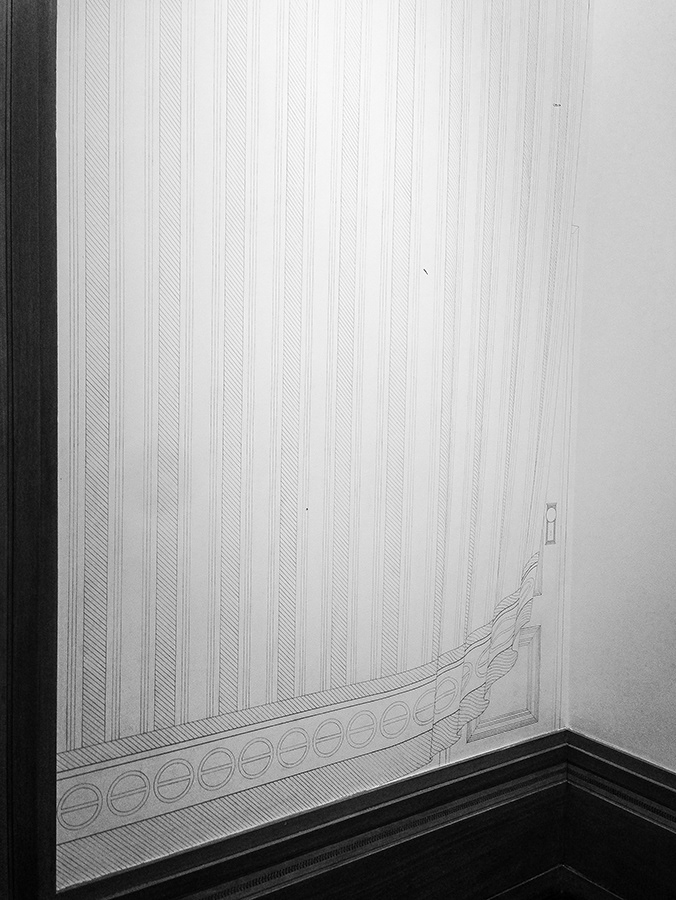